In 380 BC, Anuradhapura first became the capital of the Sinhalese Kingdom. Subsequently, Anuradhapura has been the main center of the country for more than twelve centuries. Over the centuries, Sri Lanka, as well as Anuradhapura, had to deal with incursions from Tamils, coming from India. Several Tamil kings came and were expelled again. This caused Anuradhapura to be finally abandoned around the ninth century. The city fell into oblivion and trees and plants overgrown the complex. At the beginning of the twentieth century, in the English era, the excavations of the ancient city of Anuradhapura were started.

The sacred Bodhi tree is central to Anuradhapura, both physically and spiritually. It is said that this Bodhi tree comes from a cutting of the Bodhgaya tree from India. Under this Bodhgaya tree, Buddha is said to have attained enlightenment. The current Bodhi tree in Bodhgaya, India, already comes from the 6th generation. The tree in Anuradhapura appears to be the 2nd generation, making it the oldest sacred tree in the world. The tree has been continuously monitored for more than 2000 years.

Lankarama is a stupa built by King Valagamba, in an ancient place at Galhebakada in the ancient kingdom of Anuradhapura, Sri Lanka. Nothing is known about the ancient form of the stupa, and later this was renovated. The ruins show that there are rows of stone pillars and it is no doubt that there has been a house built encircling the stupa (vatadage) to cover it. The round courtyard of the stupa seems to be 3.0 metres (10 ft) above the ground. The diameter of the stupa is 14 metres (45 ft). The courtyard is circular in shape and the diameter is 406 metres (1,332 ft). 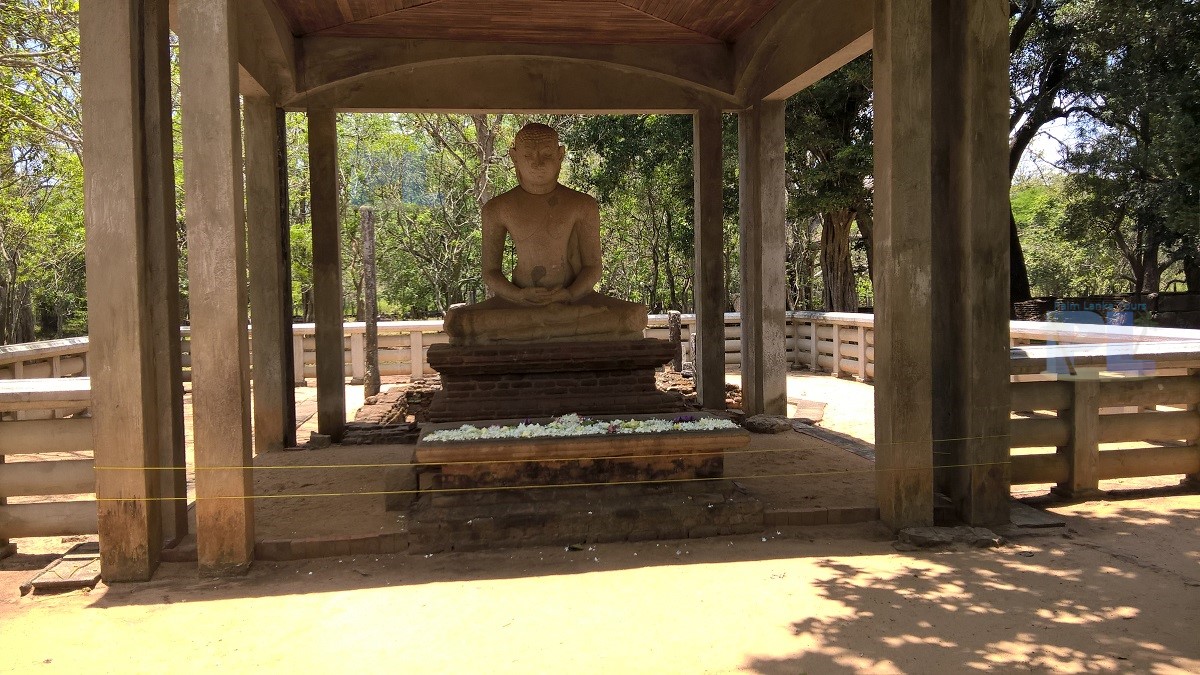 The Samadhi Buddha is a famous statue situated at Mahamevnāwa Park in Anuradhapura, Sri Lanka. The Buddha is depicted in the position of the Dhyana Mudra, the posture of meditation associated with his first Enlightenment. This statue is 7 feet 3 inches in height and carved from dolomite marble.
The statue is dated to about 4th-6th century and is regarded as one of the finest Buddha statues in Sri Lanka. A replica, carved out of white teak, was gifted to India's Prime Minister Modi on his state visit to Sri Lanka. 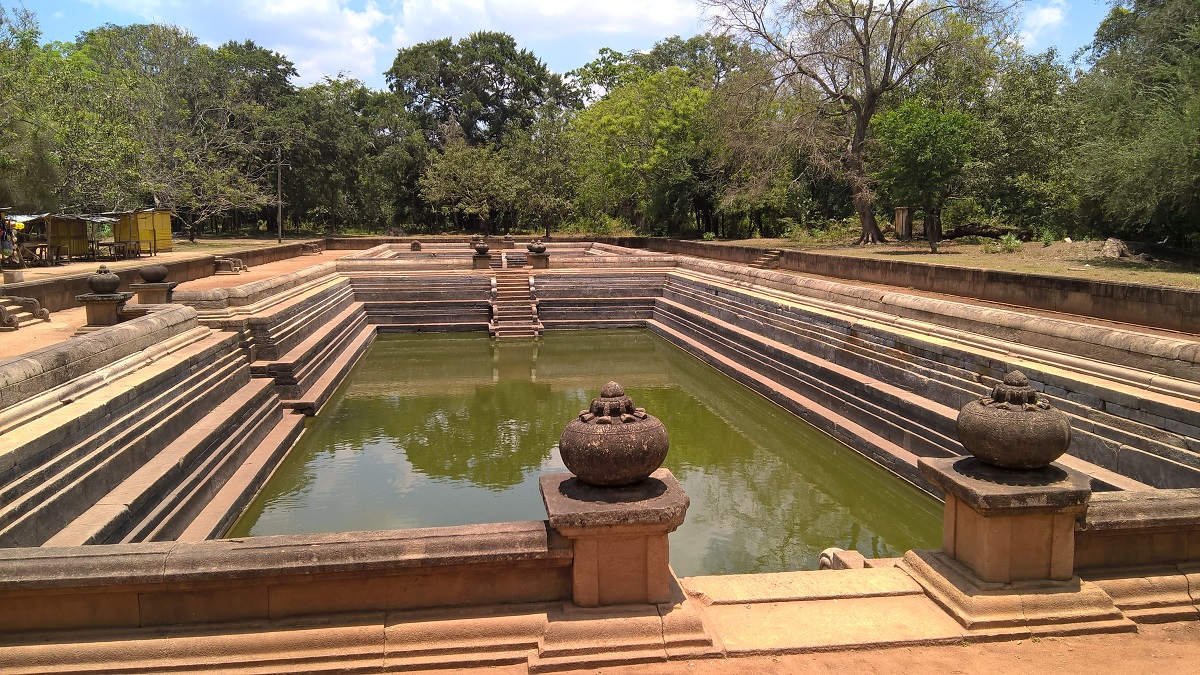 Kuttam Pokuna (twin ponds or pools) are well preserved old bathing tanks or ponds in Sri Lanka. This pair of ponds was built by the Sinhalese in the ancient Anuradhapura Kingdom. They form part of the Abhayagiri vihāra complex and are an example of the works in the field of hydrological engineering, architecture and art of the ancient Sinhalese. The larger, southern pond is 40 metres (132 ft) by 16 metres (51 ft), while the smaller, northern pond is 28 metres (91 ft) by 16 metres (51 ft). The depths of the two ponds is 4.3 metres (14 ft) and 5.5 metres (18 ft) for the smaller pond and the larger pond respectively. The space between wall surrounding the compound and the two ponds is 18 feet (5.5 m)
You can visit the ancient city of Anuradhapura year round. Visit Anuradhapura in one day from Negombo, Bandaranaike International Airport or Colombo. Palm Lanka Tours and Travels offer a 1 day trip to the Ancient city, take a look on our one day tour packages in Sri Lanka.

Palm Lanka Tours. Your private tour guide in Sri Lanka. We offer Sri Lanka tour packages for individuals and small groups or a customized Sri Lanka tour combined with a stay at one of Sri Lanka's beautiful beaches